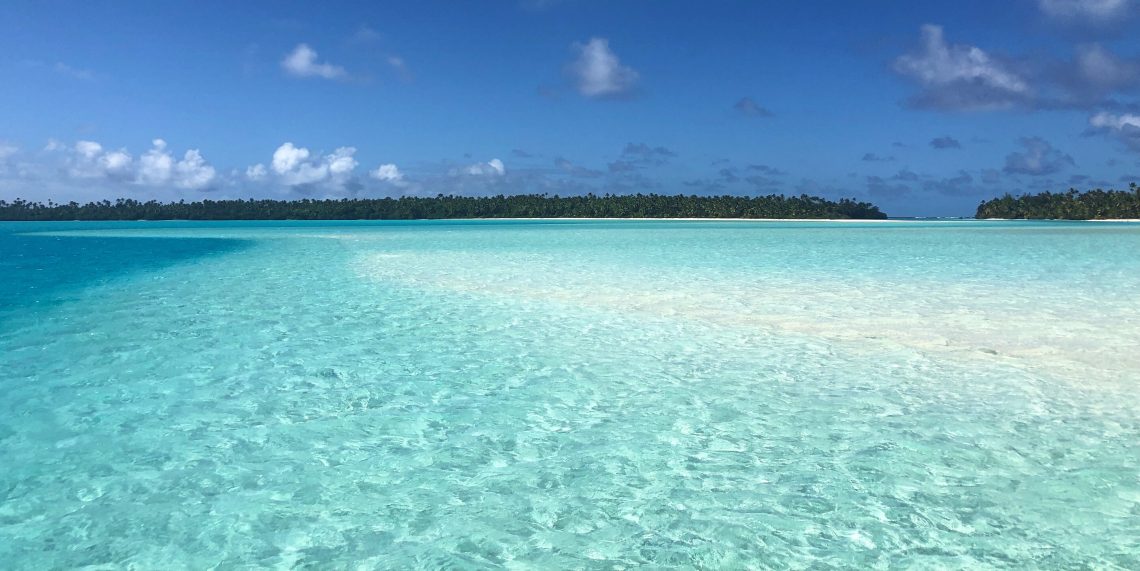 Where The Green Dress Travels: Why Medellin Should be on Your Travel Radar. 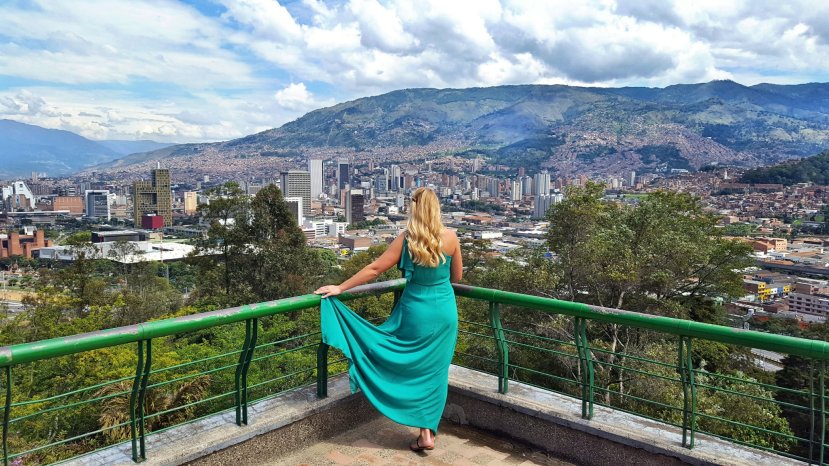 A few days before I left for my 3 night trip to Medellin, I reached out to a few friends and simply asked, ‘What would you say if I told you I was going to Medellin this weekend, and what’s your opinion of Colombia?’ I made sure it was a test group with people from different aspects of my life & from across the US. The results:

I understand this is not your average tourist destination. Medellin was one of the most dangerous places in the world not so long ago, racking up 6,349 killings in 1991, or 380 murders per 100,000 people. This when the drug kingpin Pablo Escobar had put million dollar bounties on the heads of police officers and vowed to bring the city to its knees. He pretty much did, but that doesn’t mean that it hasn’t bounced back. The homicide rate has since fallen by 80 percent. History can’t be erased, but let me put current Medellin into perspective for you. The murder rate in 2015 was 20 per 100,000. That same year St Louis was 49.91, Detroit 43.52, & New Orleans 38.75. Yet, for many Americans and tourist alike, Medellin and Colombia in general retains this tarnished reputation of cocaine, kidnapping, and murder.

This is changing though. To give you more numbers, in 2014 the number of foreign visitors to Colombia grew by 14%, & it’s only going up from there. One of the locals who spoke English informed us that 150 hostels have been put up in the last 10 years.  He proudly wanted to tell us all about Medellin and it’s growth, and called the beautiful views from above only, ‘the cherry on the pie.’ The word is getting out about Medellin, and after visiting myself and being so pleasantly surprised, I want to help.

El Poblado is the nice area where we stayed, and is full of malls, rooftop bars, and new innovative businesses. But, the real Medellin lies outside of the tall buildings. There are areas outside of the valley where the homes start to build up the sides of the mountains, called barrios. For the most part, they look like tin roofed rooms. The higher the barrio, the better the view, but the worst the living condition. This is because until recently it was extremely difficult to get from the hillsides into town for work. It could take 2 hours + each way. Medellin implemented the worlds first ‘gondola’ transportation system in 2004 reducing the time it took people from these poverty-stricken areas to get to and from town to around 30 minutes. The metro and cable system are immaculate, extremely easy to navigate, and it’s also a tourist attraction which supplies some of the best views of the city you can find!

The metro goes to the very top of the hillside 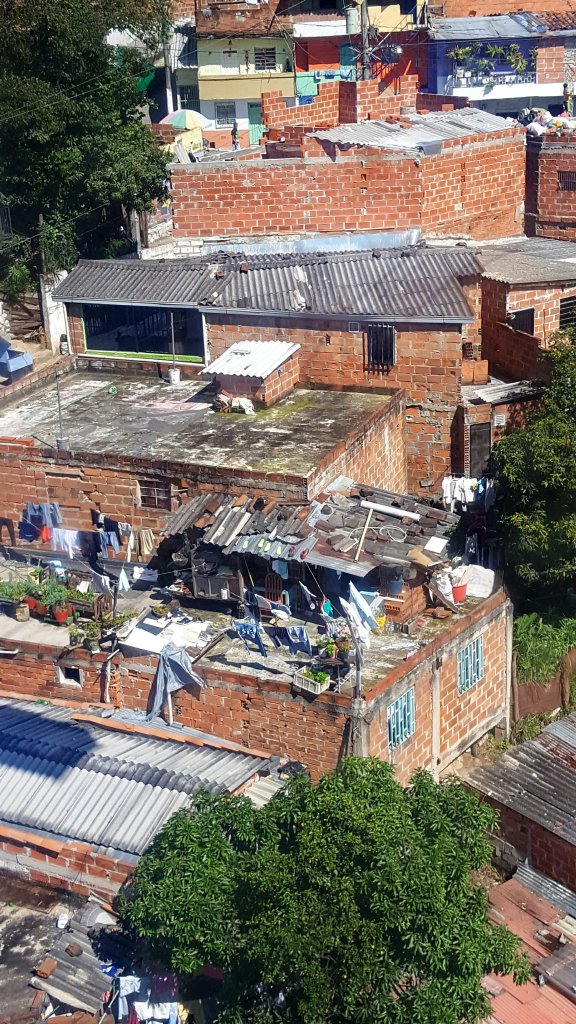 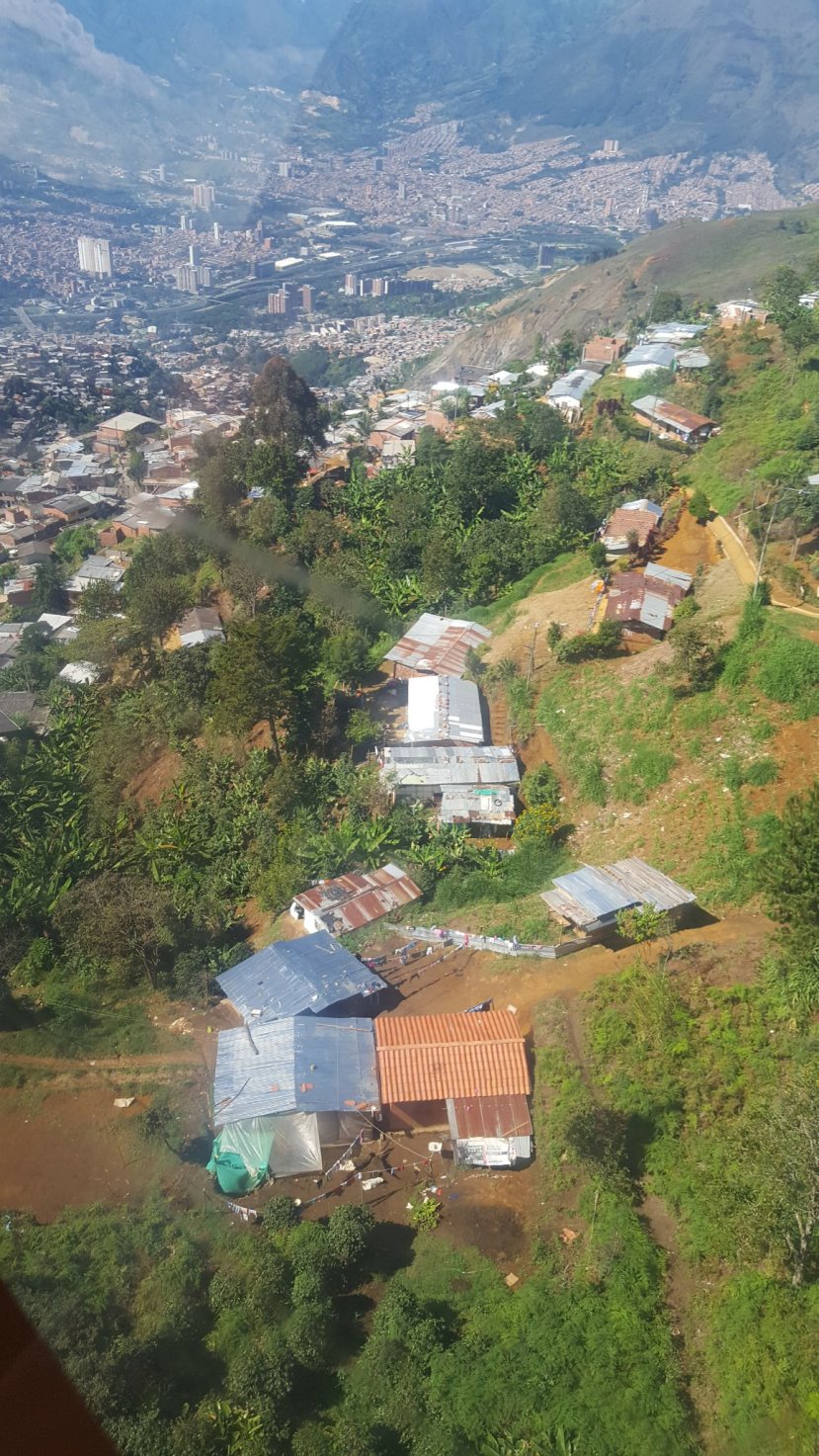 Our driver gave us a tour after we went paragliding, and we saw first hand the schools and apartments that are being built by the government in the higher barrios. Apartments are being supplied to single mothers who have to pay $100 a month towards purchasing the place. Keep in mind, minimum wage is $250/mo, but it’s certainly a start to helping the poverty in these areas. 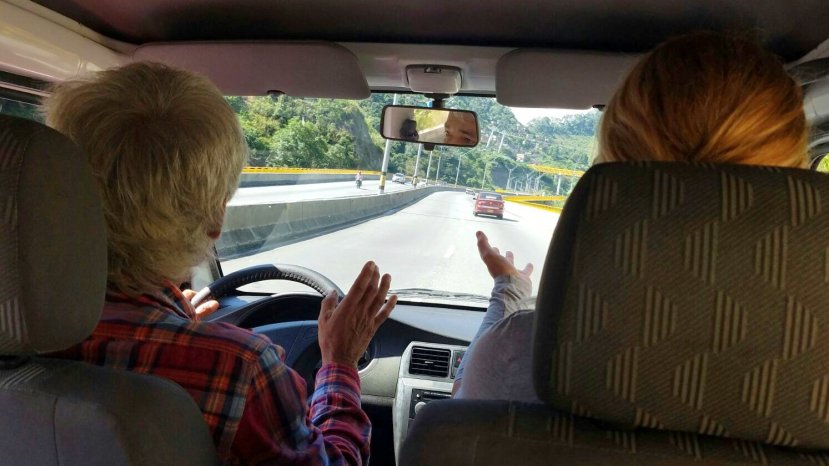 Ruben, our driver and overflowing information source, and I having a discussion 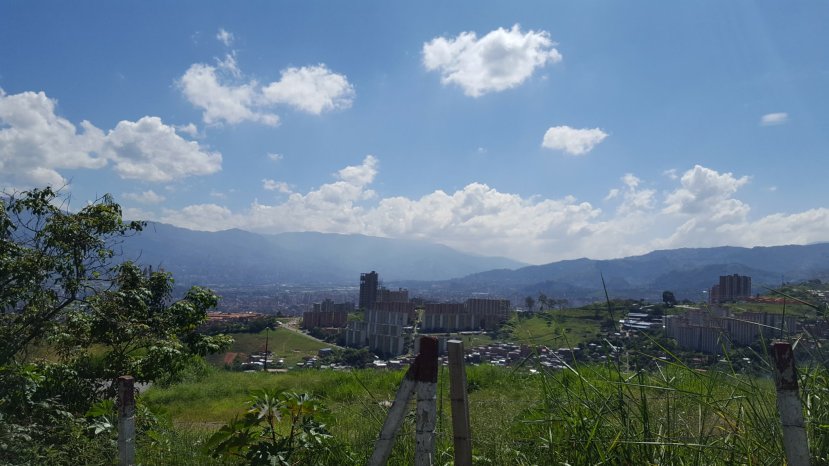 Now that I have addressed the past murder rates, the poverty, and drug problems, I think it’s only fair to talk about the drawl of Medellin.  The city of eternal springs (which maintains an average of 72 degrees year round) has a certain vibe of hope and optimism. The people are quick to tell you about their city, and are some of the friendliest locals I’ve met. The city itself is very urban with all of the tall buildings, but maintains a natural feel by keeping tree-lined streets and restaurants that all seemed to have live plants growing from the walls and ceilings. Bars and nightlife, Medellin certainly has both, just look up parque Lleras. Worried about activities in a place that isn’t considered ‘touristy’ yet? We went paragliding at 9,000′ for $40. It was $60 each including the roundtrip transportation. ATV tours, horseback riding through coffee plantations, the nearby city of Guatape, a Pablo Escobar tour, or simply finding one of the many viewpoints perched above the city, there is plenty to do!

Before the trip, I really hoped I would be able to write this post and build up Medellin with my personal experiences. After going, I really just hope I have found the words to convey how impressed I really was with the city and the people. 5 gringas who barely speak any spanish all agree that we will be back. This was an extremely inexpensive city that made us feel like there was still plenty more to see and do, and had the atmosphere to make us want to come back for more. 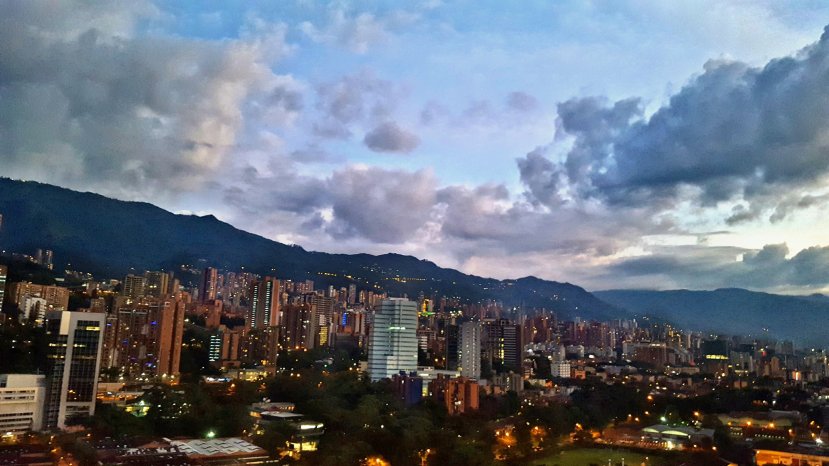 the view from our apartment balcony 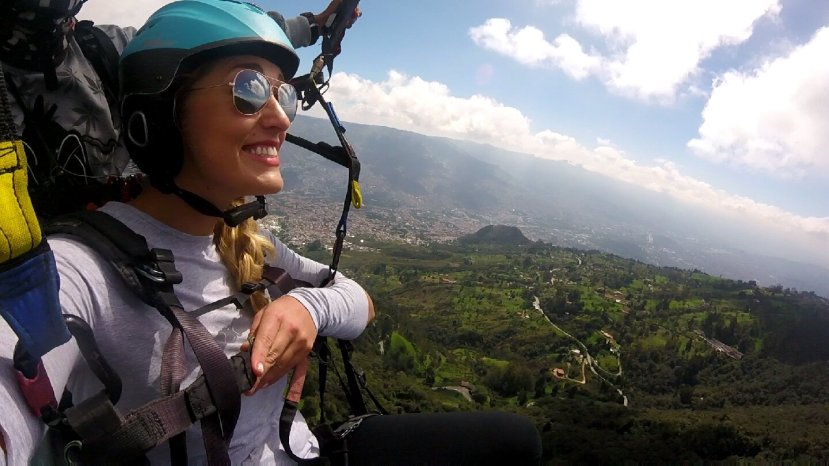 So, if you’re someone who has never heard of Medellin but appreciate inexpensive and easily accessible (from the US) authentic travel experiences, I suggest you look into Colombia for your next vacation. I seriously doubt you’ll be disappointed. 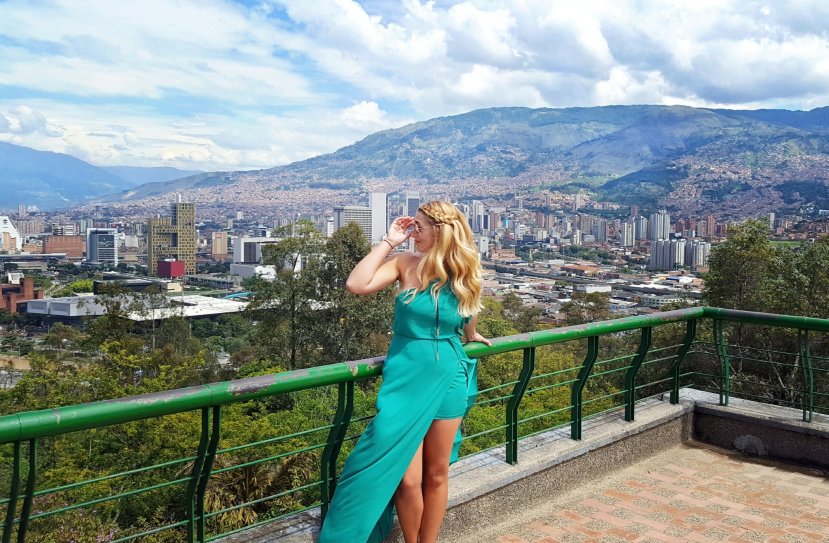 Til next time Medellin.