Where the Green Dress Travels: To Cuba

I wrote this down after a conversation with Olgita, a middle-aged woman who was once a Chemistry Professor, & had a constant smile on her face (and decent English). Olgita was riding with the 11 of us from Havana to Vinales in a 1948 Ford ‘mini bus’ to make sure we got settled in with our casa particular hosts.  I was lucky enough to sit up front with her and the driver, Frank, and had difficult but constant conversations for the 2.5 hr drive.

I was intrigued by what I’ve read about life in Cuba, the ‘special period’, and the Revolution that led to Castro rule. But, I wasn’t prepared to witness and learn about life for the Cuban people.  Truly, it is no life at all and I still can’t understand how the people seemed so pleasant.

I had a very basic notion that things were ‘bad’ in Cuba, but let me break things down so you can also feel the heart sinking realization that I  felt when I understood I was 100% clueless as to the quality of life of Cuban people.  The fact that a ‘good’ doctor makes 40 CUP (equivalent to 1 USD) is mind-blowing.  To also find out that these Doctors are being sold to Brazil and other Latin American countries for $4,000-5,000 and that they only get $1,000 of it to start a new life is horrible.  Those cuban cigars everyone loves, 90% of profits go to the government.

Our driver, he owns his 1948 ford bus that he used to use to transport coffee, but now is licensed to use as a taxi and for tourists.  He pays $300-500 to the government per month.  His profits supply his family (4 kids), his mother, and his father.  His mother worked a government job for Fidel Castro for 40 years, and made $12 per month. He can’t even work on his car in the daylight (he isn’t a government mechanic), but if he is caught with something…. whatever an official makes up that day…. being wrong with it he could lose his car.  There are government cars, and private cars. Guess which ones can drive around in whatever shape they please. He said he will never purchase another car because the government takes things from people who seem to be doing good.  If a restaurant is successful and growing, suddenly it disappears.

As of 2 years ago, Cubans could not enter a Cuban hotel when invited by someone staying there. You could actually be taken to jail for talking to tourists.  I asked if he could be taken to jail for having the conversations that we were having, as he was getting visibly upset (and swerving all over the road), and he said that yes, but he doesn’t care. He does what he is supposed to, stays out of trouble, and isn’t political.

Our friend who set up our stays at the casa particulars, the transportation, and is Olgita’s business partner in a separate venture, casually mentioned reading something on a censured website. I had him verify, of course access to the internet is very limited in general. It’s also very censored. He taught himself English, & French, and has had a number of different jobs throughout his life, his tour guide role being an under the table one.

Tourism has increased dramatically in the past 2 years. So much so, that last year when the embargo was lifted and Americans started flooding in there was no structure in place to prepare the locals. Now that people are allowed to rent out rooms, most do.  Especially in the little farm town of Vinales which has blown up in the last decade. Our casa particular hosts. Ahhh. I have never teared up saying goodbye to an airbnb, hotel, or host, but I definitely had tears in my eyes are we waved goodbye to the family in the little community of homes we stayed at. 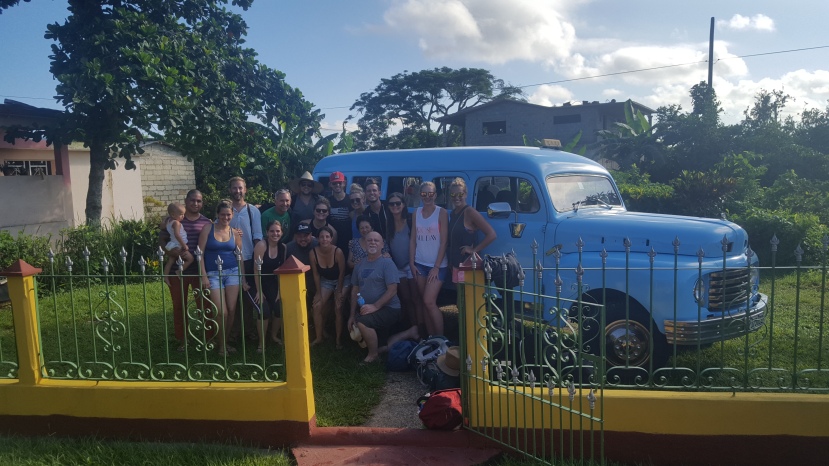 I need you to understand that there are no markets, literally, we couldn’t find a market to buy bottles of water. In Havana, the ‘super market’ beside our house had sodas, rum, some meat, and a few glass cases some had feminine products and other boxed items in it.  That day, they didn’t have waters, or anything else for that matter. In Vinales, I remember seeing a fruit stand once.  Granted, we had waters and beer provided in our mini fridge in our little bedrooms, but I tell you this because each meal we were provided with was more food than we could imagine eating.  And other than the chickens running around out back, I have no idea where they found the items.  One morning our breakfast sandwich was hot dogs, egg, and cheese. Which I happily ate.

They were simply put, amazing and pleasant people.  They sat with us on the front porch and talked about life, and we explained what guacamole was lol. Each of our homes had the parents, children, and at least 1 grandparent in it.  One of the homes had a daughter our age and her boyfriend was visiting.  He is a doctor and she is studying to be one as well.  They both spoke English and came out with us for a fun evening. While you’re simply hanging out drinking a beer together, it’s hard to imagine the completely different lives we live.

I needed a serious history lesson after leaving Cuba, and if you’re in the same boat and want it simply spelled out for you then, let me explain how life got to be what it is in Cuba…

So, lets take it back to 1952.  Current president & dictator Batista staged a coup and cancelled the elections for that year.  Fidel Castro, a lawyer, was supposed to run in that election.  Obviously taking this badly, he led 120-150 rebels in an attack which failed really badly (the rebels driver took a wrong turn and alarmed the army barracks they were headed for). BUT, being put on trial and being gifted writer and speaker, Castro began to make a name for himself. He was also sentenced to jail for 15 years.  Released 2 years later he went to Mexico with his brother, regrouped, met Mr. ‘Che’ Guevara, and it wasn’t long until he returned and waged a guerrilla war against the government and eventually won in 1959. He became prime minister shortly after, and executed Batista’s government members.

I promise you need to know the history to understand the people, stick with me…

So, the reforms start rolling in. Factories and plantations are nationalized, and relations with the US begin to deteriorate.  Any media critical of Castros policies were suppressed.  Relations with the USSR were established to buy oil from them, and when the US refineries refused to process this oil and were expropriated… shit hit the fan.  Sugar import quota was cut annnnnnd the terrible relationship between these countries 90 miles apart began.  Shortly after, Cuba was declared a socialist state and the Bay of Pigs overthrow attempt failed. Declaring the government communist economic policy was next, and that little nuclear war scare.

The good….  Under Castro’s rule, the Cuban literacy rate is one of the highest in the world, & universal health-care system seems to be good according to my new friends.

The bad… To put it lightly, civil liberties were taken away. Censored media, no religion allowed, no freedom of speech. I can’t even list the items that aren’t allowed because I can’t wrap my head around it ever being optional. There aren’t exact numbers for those who committed an offense or spoke of opposition, but it’s estimated that tens of thousands were murdered, with a documented 5,600 killed by firing squads alone. Hundreds of thousands fled the country during the 1980s.

It gets worse. The Soviet collapsed in 1991. 85% of the Cuban markets disappeared. Castro declared this the, “Special Period”, and the already bad economy shrunk 60%.  In 3 years the average Cuban lost over 1/3 of their body weight and meat was pretty much completely unavailable. Rations were established, and desperate measures were taken like doctors being sold to Venezuela for oil.

Now, for the slowly getting better part.  Fidels brother, Raul, took over due to Fidels ailing health, and slowly reforms are being put in place.  In 2008 Cubans could purchase mobile phones. Government workers were laid off and business licenses were given out to state recognized professions.  in 2011 car sales were legalized even though it’s estimated only 38 out of 1000 people have a car, and Cubans could buy and sell homes. Private restaurants are now allowed (before they were limited to 12 people), even though… remember, it better not be successful.

At the end of the day, I was touched by the Cuban people.  When I declared the one of 12 reasons for visiting (as you have to do as an American), as helping the Cuban people, I didn’t realize that they would help me.  I was able to sit back and think about how little the things I have really matter.  If you’re surrounded by your family, love, and a desire to make the best of a situation, you really can be happy.  I think the people I met are living proof of this, and I wish and hope that more people go and visit and return as humbled as I have. 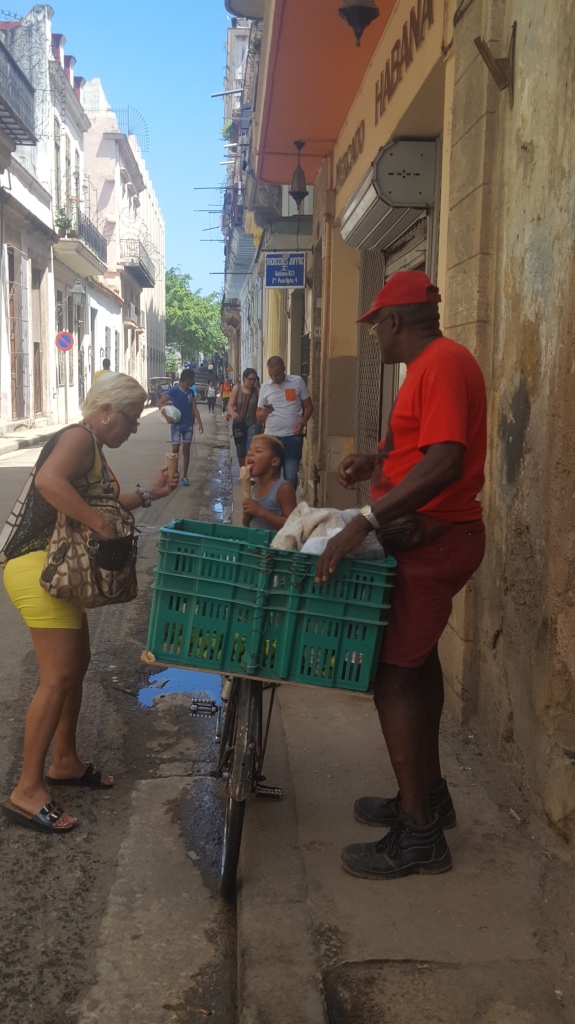 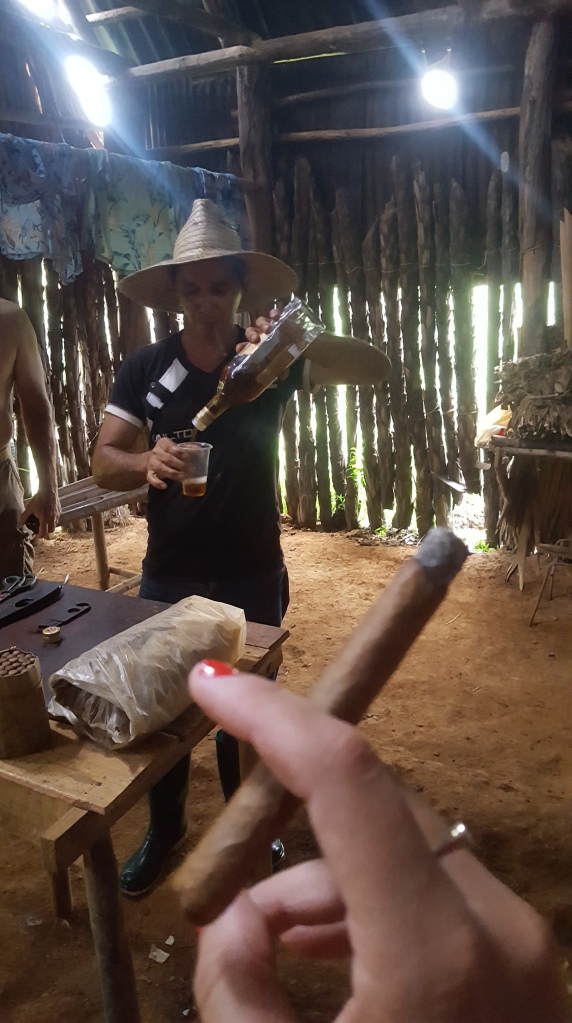 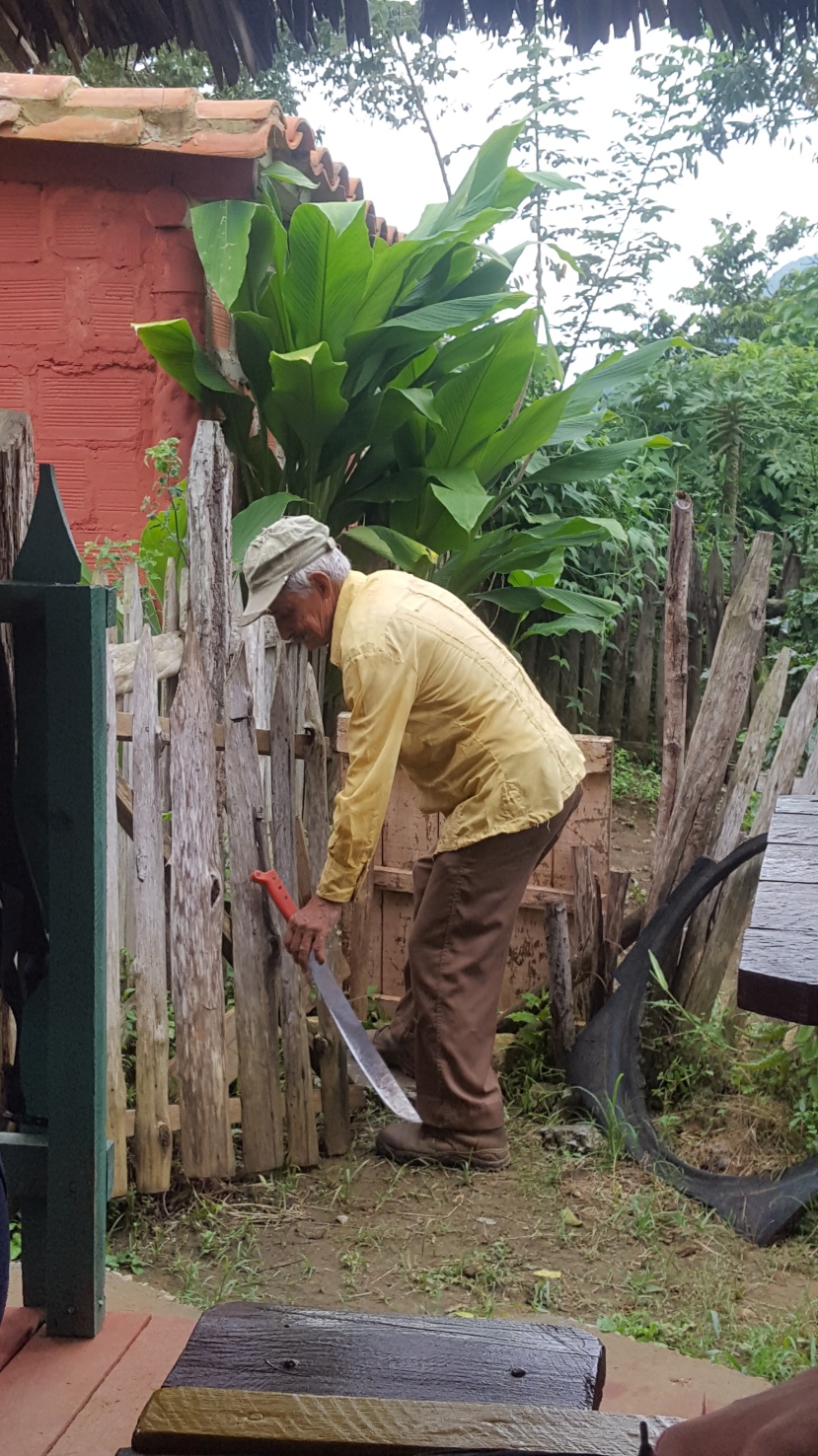 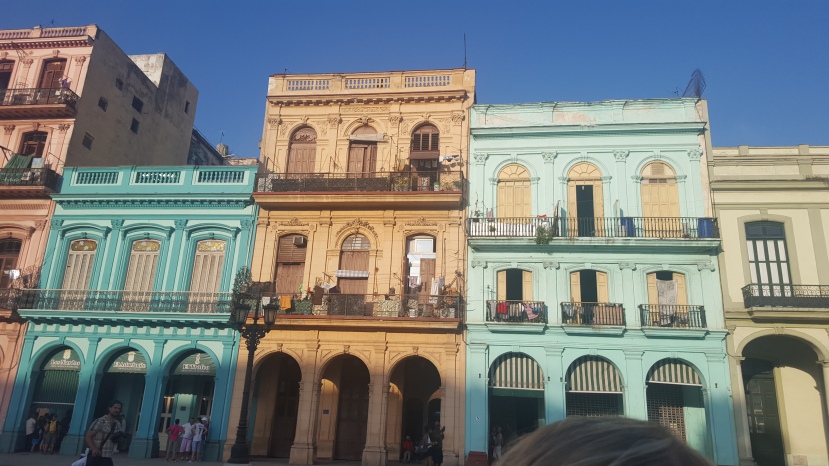 -If you do visit and are worried about visa’s, immigration, etc.  It was very simple.  You can purchase your Visa in advance but don’t have to.  The airlines all handle this differently, but you can purchase it at the ticket counter or gate (for Delta it was $50).  Your travel insurance is included in your ticket price.  If you really want to ‘help the Cuban People’ as your declared reason for visiting, some items that are needed that you can donate are:

We simply passed them out to our hosts to distribute as needed.

the Cuban cowboy I pulled in for a picture who just happened to have a flower on hand to give to the lady.  Smooth sir, smooth.